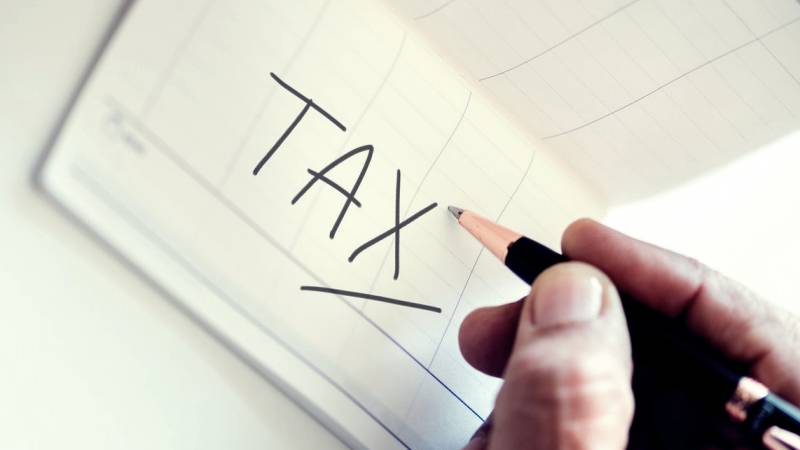 Taxation is the red-hot theme among Hong Kong company owners since the Hong Kong Inland Revenue Department (the tax authority of Hong Kong) has been rolling out the Tax Return letters to taxpayers starting this April.

If you own a Hong Kong company, you have to file the tax returns, which are:

Whether you have filed the returns or not, it’d be helpful to revise the essential of the Hong Kong tax system and its latest changes to maximize your saving in tax.

Just a kind reminder, although there is no requirement to Hong Kong company to hire an accountant nor a tax representative to prepare for the financial statements and tax returns, the accounts must be presented in compliance to the Hong Kong Financial Reporting Standard and must be audited by an independent Hong Kong Certified Public Accountant with Practising Certificate. AsiaBC is capable of offering accounting service and tax representative service for both corporate and individual clients, feel free to contact us for consultation.

1. Due date of Profits Tax Return is varying per Hong Kong company

Every Hong Kong company is free to select its tax basis period in any* Year of Assessment (Y/A). Comparing with that of Hong Kong Salaries Tax, the basis period is the same as the period of Y/A, which starts from 1 April to 31 March of the following year.

e.g. If the Account Date is on 30 June, the basis period is covering a period from 1 July to 30 June of the following year.

The return is required to be filed and returned within one month. However, different fiscal year end-date may result in separate filing due dates as follows:

Remarks:
# However, no extension is granted to this group of taxpayers because its Profits Tax basis period of the current Y/A had ended for over five months, they have plenty of time to prepare for their returns.

* In the future, you may apply to change the Accounting Date on the second tax return and so on, but you need to give strong reasons for the IRD’s consideration.

^ The Profits Tax basis period is not equal to 12 months but it is still valid when in the following scenarios:

2. Director’s salaries are taxable for Salaries Tax of the director

In addition to the directors, other company’s officers such as managers and statutory company secretaries, are also under the same regulatory of Salaries Tax.

This ruling can prevent the company from avoiding Profits Tax by shifting its profits to the expense of remuneration. Not only the payment of the directors’ fees is deductible from the company’s assessable profits, but also the director is likely to be the beneficiary of the company.

3. Dividend paid out to shareholders must be withdrawn after the Profits Tax

In other words, the company’s dividends paid out is not deductible from assessable profits. On the other hand, the dividends received by the shareholders are not chargeable to the shareholders’ Salaries Tax in Hong Kong.

However, if the shareholders are tax residency of other countries, the dividend may be chargeable there as capital gain and raise the issues of Double Taxation. As a result, from the perspective of the overseas company owners, the Hong Kong company prefers employee’s remuneration to dividends for capital withdrawal from the company, provided that Hong Kong offers the advantageous basic allowance to every individual taxpayer.

Let’s take Profits Tax and Salaries Tax for review. The moment you receive your tax demand note of the preceding Y/A, you should be surprised by a payment named Provisional Tax, which demands the tax payment of “unearned income” in the current Y/A based on the taxable income reported in your preceding Y/A.

E.g. if your company have reported the assessable profit in 2018/19, you will receive the demand note of payment for Profits Tax on this profit, plus an equal amount payment of Provisional Tax based on the same income.

You feel unfair that you are charged on the non-existing income that you have not yet earned. However, it is a common misunderstanding about how the Provisional Tax works.

There are some grounds for the holdover of Provisional Profits Tax, such as:

5. Some business incomes are not taxable

Officially, the “assessable profits” are the net profits (or losses) for the tax basis period, arising in or derived from Hong Kong and calculated under the Inland Revenue Ordinance, so the IRD considers the receipts arising from day to day business operations as chargeable. Besides, the income closely linked to your business nature and activity is also liable to the Profits Tax, such as:

As a result, the income arising from out of the daily business operation generally are non-taxable:

6. Not every business expense are deductible

The general rule to tell if an expense is whether the cost is related to your day-to-day business operations. The IRD has a general guideline to include particular expense as deductible. The following expenses are safe to report as deductible income:

costs of repairing articles, premises, machinery and plant used in producing profits; and

However, the following expense and payment are not deductible given the IRD’s perspective:

7. Allowances to Profits Tax is limited to specific business nature

In Profits Tax regime, the only allowance that the taxpayers may enjoy is “depreciation allowances”, which is restricted to manufacturing and construction businesses in nature. Namely, they are:

8. The locality of profits is hard to tell in the era of borderless commerce

Under the IRO, it clears that only profits arising in or derived from Hong Kong are chargeable to profits tax. The residence of a taxpayer is not relevant. To test if a profit fulfils the definition, it must satisfy the three condition as follow:

Since whether an income is deemed as “Hong Kong’s income” is debatable, we should take a look at the IRD’s general tax guide to the territorial source taxation. In addition, you can refer to the IRD’s in-depth technical note about the locality of the profit, which provides legal cases and corresponding clarifications to the IRO.

9. The deficit is favourable to tax saving

The loss can be carried forward for set off against the future profits of your business.

10. If you want to pay tax in Hong Kong, get yourself prepared for the tightened ruling.

What has been changed here is the tightened regulatory under the matters about tax exemption of “offshore income (the income raised outside Hong Kong)”, to fight against economic crime related to profit shifting commonly deployed by the multinational enterprises.

Hong Kong companies are so simple to set up that they are at risk of misuse by criminals to conduct profit shifting (also known as transfer pricing, by moving the income generated from high-tax rate jurisdiction to low-tax rate one for the evasion of tax).

Therefore, the IRD’s updated practice starting from 2018 requires that, when you make a tax exemption claim to the IRD for your offshore corporate income, you also have to provide tax proof for the Hong Kong IRD’s consideration, in which this income is going to be or have been taxed in other jurisdictions, e.g. your tax residency country. On the other hand, if you transfer the profits from offshore to your Hong Kong companies to report it as “Hong Kong profit”, the IRD requires you to provide the proof of business controlling matters taking place in Hong Kong, to fight against the use of Hong Kong as a low tax shelter. 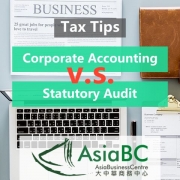 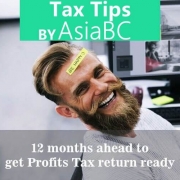 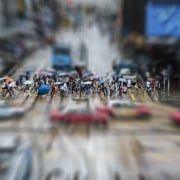 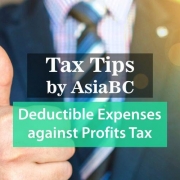 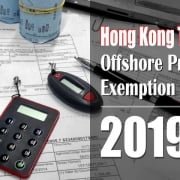 Debit Card is Back to Hong Kong! Why Use It but Credit Cards?
Scroll to top