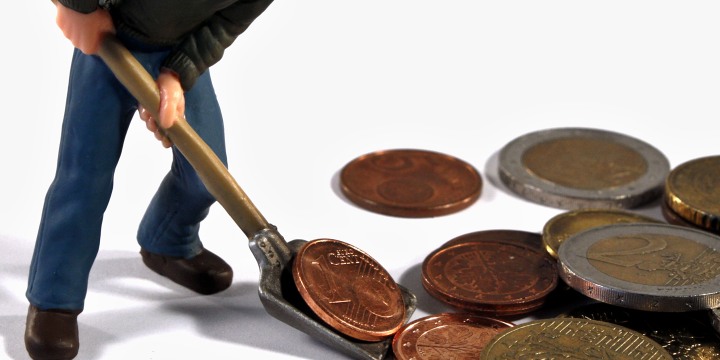 The concept of legislation of SMW is simple – to legally require all employees to sell their labour not less than the amount of SMW and force all employers to pay wages to their employees not less than the amount of SMW.  However, Hong Kong is a free market, and businesses here are dynamic, both employers and employees have been buying and selling the labour in unlimited form of employment among them, SMW calculations must be simple to understand for both employers and employees.

The Ordinance answers it by requiring the minimum wages payable to an employee is counted in hourly rate of hour worked. Effective on 1 May 2015, the rate is $32.5 per hour, the monetary cap on the obligation of employers keeping records of the total number of hours worked by employees is $13,300 per month.

Who is protected by SMW in Hong Kong?

SMW applies to ALL employees, no matter they are employed under any kind of wage payment period:

and, duration of employment contract:

However, SMW cannot apply to the employee that are not covered under Employment Ordinance as well as live-in domestic worker who live in their employing household free of charge and student interns / work experience student who work during a period of exempt student employment.

In brief, it affects all of the entrepreneur going to relocate to Hong Kong no matter he is an employee or employer.

How is Minimum Wage computed?

The underlying calculation of minimum wage is simple as following:

Wages payable to an employee regardless of any wage period shall not be less than the amount of Minimum Wage.

Although the SMW is calculated by the “hours worked”,  employers are NOT required to pay wages for every single employee’s hour worked and NOT to adopt wages rating to hourly-rated in employment contract.

SMW Ordinance only requires the minimum wages payable to an employee must not be less than the SMW rate on average for the total number of hours worked within that wages period.

In other words, the underlying principle of SMW Ordinance is the wages floor to protect employees. So long as an employee receive wages within any wages period which is not less the the SMW rate on average for the total number of hours worked, the payment method is not a matter and the employer is free from the obligation of The Ordinance.

To count the hours worked for computing minimum wage payable to en employee, it must include the following:

Should meal break counted as hours worked for computing of SMW?

Minimum Wages Ordinance has only provision to determine whether any time of employees’ labour should be counted as hours worked for SMW calculation but it lacks specific provision to define meal break. Moreover, Employment Ordinance also lacks provision on definition of meal break as well as whether meal break is paid or not.

Therefore, Employers and employees should judge if the time of the meal break falls under the circumstances of hours worked as specified in The Ordinance.

For example, if the employees are requested stay in their place of employment during their meal break under the intention and direction of their employers, the time should be counted as hour worked according to The Ordinance.

Again, if the employee contact has already provided that meal break is counted as paid working hour, then such time must also be taken into account in computing minimum wage.

How is wages payable to an employee calculated?

The definition of wages is clearly prescribed by Employment Ordinance, the employer should exclude the following wages items from the calculation of wages payable to an employee:

For calculation under Minimum Wages Ordinance only, a wages payable to employee is not the same as the actual wages earned by employee under the provision of Employment Ordinance.

For example, neither Employment Ordinance nor Minimum Wages Ordinance does not have provision of whether meal break and rest day are paid or not (which are up to the provision in specific employment contract), since both rest day and meal break usually does not fall on the circumstances of hour worked, in the condition that both of them are stated as paid in the contract, wages payable is calculated by deducting the wages paid for them (wages earned for meal break or rest day) from the actual wages earned.

What should be done when employee’s Wages Payable is less than Minimum Wages?

First of all, Minimum Wages Ordinance disallow any provision of an employment contract to reduce any right, benefit or protection conferred on the employee by the Minimum Wage Ordinance. In other words, an employer and an employee are prohibited from being agree between themselves that the employee is to be paid less than the SMW.

According to the Minimum Wage Ordinance, if wages payable to the employee in respect of the wage period are less than minimum wage, he is entitled to be paid the difference (i.e. additional remuneration) in accordance with the Minimum Wage Ordinance so that his wages will not be less than wages at the SMW rate. The contract of employment of the employee must be taken to provide that the employee is entitled to additional remuneration in respect of that wage period.

How is the payment of additional remuneration?

The law to pay additional remuneration is simple – if the amount of wages payable to an employee within a wages period falls below the minimum wages, employer must paid the difference in same wages period.

What is the employer’s obligation of keeping employee’s records of the total number of hours worked?

The wage and employment records kept by an employer under the Employment Ordinance should include the total number of hours (including any part of an hour) worked by the employee in a wage period if:

What is the offense and penalties under Minimum Wages Ordinance?

This example will illustrate the effect on wages payable and thus additional remuneration when meal break and rest day are paid or not.

Case 1: NO PAID Meal break and NO PAID Rest day

When wage earned by employee is solely contributed from hours worked,

Wages payable in this wage period regarding the hours worked: $10,000

When wage earned by employee is NOT solely contributed from hours worked, and thus it also consist of wages paid for 26 days of daily meal breaks which should be deducted from wage payable,

Since the wages payable is greater than minimum wage ($8,889 > $6,760), no additional remuneration is required.

When wage earned by employee is NOT solely contributed from hours worked, and thus it also consist of wages paid for 4 rest days which should be deducted from wage payable,

Since the wages payable is greater than minimum wage ($8,667 > $6,760), no additional remuneration is required.

When wage earned by employee is NOT solely contributed from hours worked, and thus it also consist of wages paid for 26 days of daily meal breaks and 4 rest days which should be deducted from wage payable,

Since the wages payable is greater than minimum wage ($8,667 > $6,760), no additional remuneration is required.

Given the unique nature of commission as part of the wages allowable by Employment Ordinance (The EO excepts commission which is of a gratuitous nature or which is payable only at the discretion of the employer), the Minimum Wage Ordinance stated the following circumstances for any commission must be counted as part of wages payable regardless when the work is done or the commission is otherwise payable under the contract of employment:

We can understand the effect via the case as below:

An employee’s wage period is a calendar month.

With the prior agreement of the employee, the employer pays him commission of $1,500 and $2,000 on 30 April and 6 June respectively.  The commission is originally payable in respect of the wage period of July.

The commission of $1,500 paid on 30 April falling in the period of 8 April to 7 May is counted as wages payable in respect of April

Case 2: Wage payable in May

The commission of $2,000 paid on 6 June falling in the period of 8 May to 7 June is counted as wages payable in respect of May.

Both commissions are not being regarded as wages payable in respect of July. 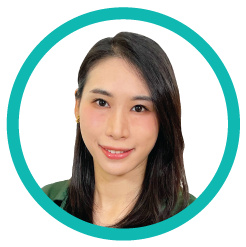